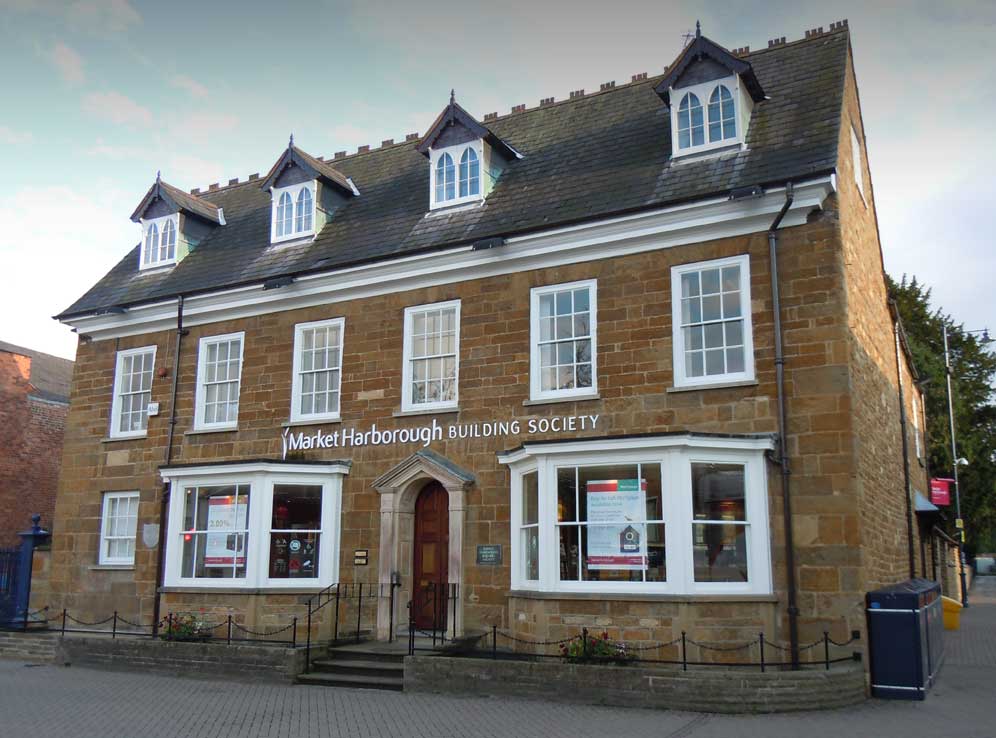 The Market Harborough Building Society has occupied Welland House in the town square since 1961, which thankfully saved it from demolition. The house was still a family home at the turn of the century and was later used for the town’s library.

Staff at the building society have experienced eerie feelings of being watched, accompanied by unusual sounds and glimpses of things out of the corner of the eye. However, the strangest tale concerns the sound of a lone typewriter (before the introduction of the computer) heard in an upstairs office late at night by a mystified cleaner, who discovered that all the typewriters in the room had their dust covers firmly in place. The typewriter was often heard when the building was empty and continued years later until recent times. During the making of my DVD, I interviewed two members of staff who remember seeing an electronic typewriter burst into life by itself , typing a sinister message!

More details on this story and the message that staff discovered can be found in my documentary and book!