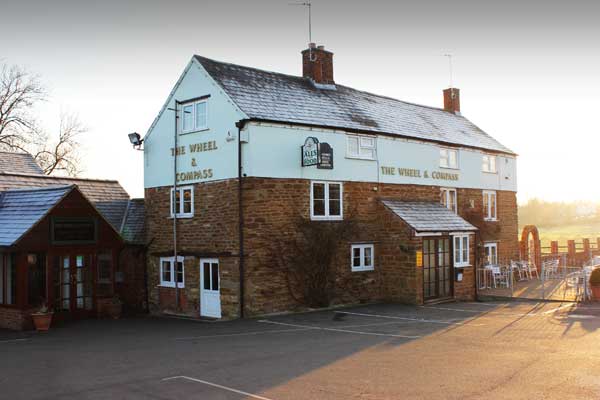 The Wheel & Compass pub in Weston-by-Welland was built in 1735. Although now extended and refurbished, the proprietors believe it to be haunted by the ghost of an Irish workman who was the victim of a tragic accident during its construction. Cold spots, taps being turned on in the middle of the night, sounds of footsteps and other events have been experienced by staff and guests alike. During refurbishment, a headstone was found under the kitchen floor with an inscription written in Gaelic. Before the owners could investigate further, the builders inadvertantly smashed up the headstone and used it for rubble. Further details can be found in my DVD or book.