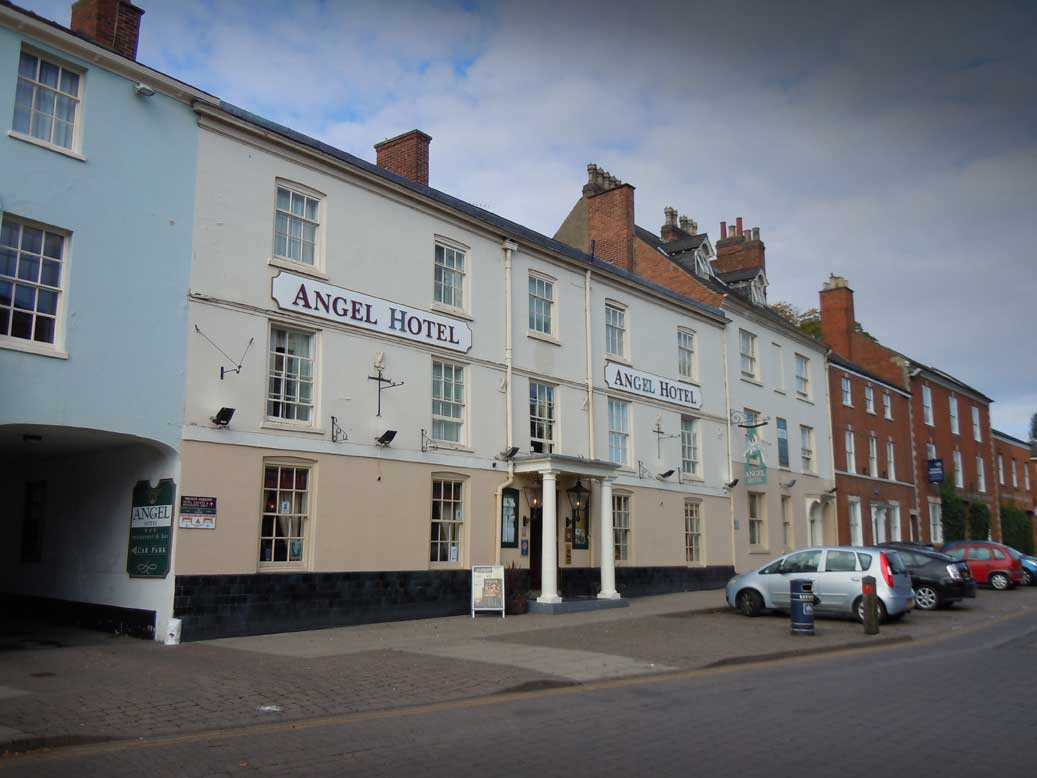 The Angel Hotel dominates the upper end of the High Street as it has done since the late 18th Century. It was the main stop-off point for the Leicester to London Mail coach with stabling for over 90 horses at the rear. The Inn was also used as a billet for soldiers during the Napoleonic wars. No surprise then that one of the apparitions seen in the hotel by a member of staff was that of a soldier dressed in the uniform of the period.

The most amazing story concerning the hotel’s hauntings took place in The Stable Bar (this no longer exists having been converted into further bedrooms) which was used mainly for various functions such as wedding receptions. The bar contained some of the fixtures of the original stable block. Bar staff always had an uneasy feeling when working there, often being suddenly filled with dread and detecting a tangible threat in the air, enough to make them leave immediately. One employee was startled to see a ghostly figure come through one wall, glide across the room and disappear through the opposite wall. The story became more credible when another member of staff saw the same figure on a different occasion. Both witnesses when interviewed claimed that they felt that the apparition was quite a peaceful soul but also felt that another ‘presence’ in the bar was overpowering and evil, emanating the atmosphere that made them feel they had to leave the room as soon as possible.

The far end of the Stable Bar. The apparition was seen just behind the dwarf wall that seperated the games area of the room. This was one of the original stable divisions. 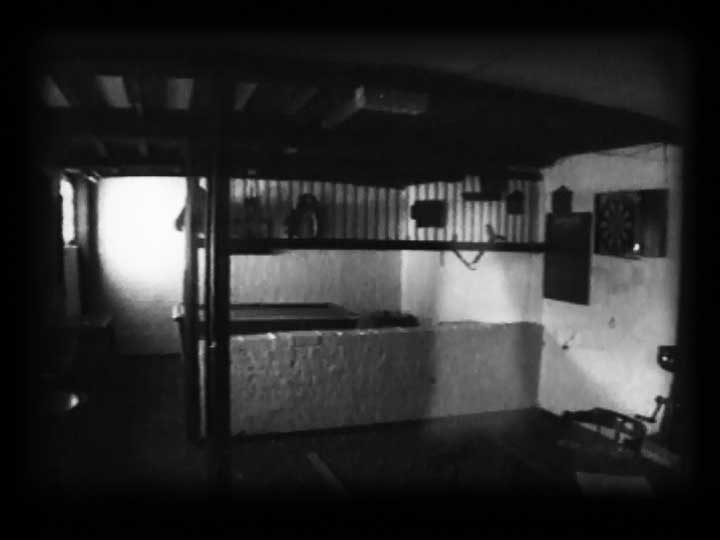 Curiously enough, having no prior knowledge of these stories at the time, I decided to invite a clairvoyant to investigate. Completely ignorant of anything relating to the hotel she stood in the exact spot where the witnesses claimed to have seen the apparition and felt that she was being physically strangled by a large, evil man. She also claimed to ‘pick up’ the image of a young girl who had been this man’s victim, possibly murdered because of pregnancy, which she claimed to also pick up. This is interesting in the fact that all three stories tell of an evil presence and the presence of a young girl.