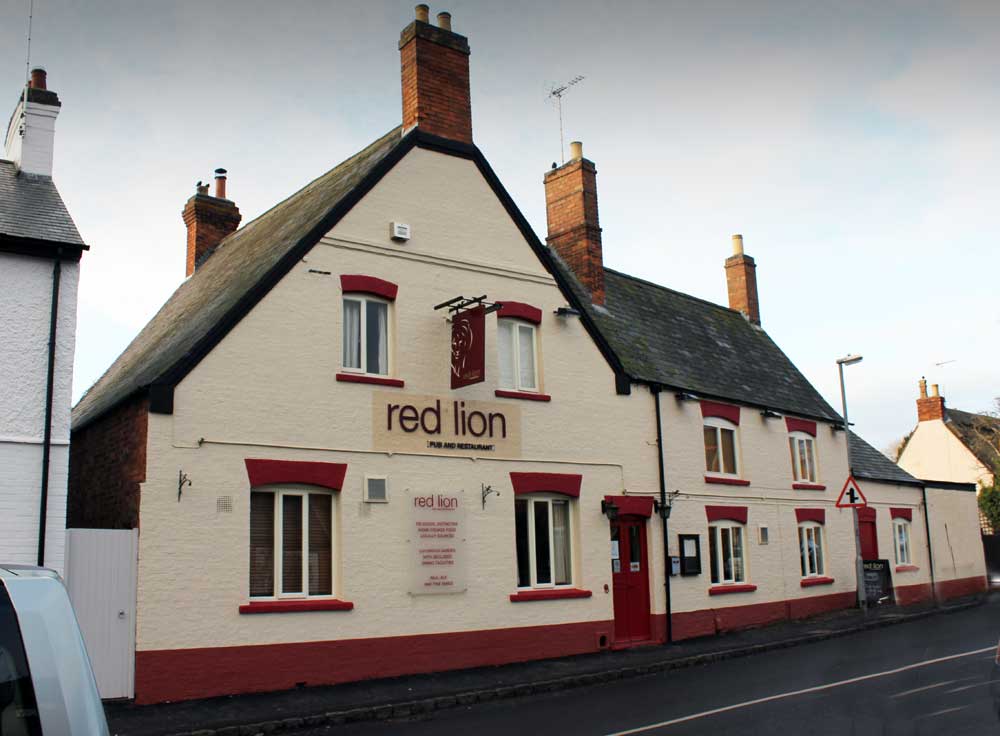 The Red Lion pub in Great Bowden was once the focal point in a full scale police operation in which the village was completely sealed off – all due to a ghost!

A temporary landlord was managing the premises for the owners whilst they were on holiday. He was in an upstairs room late one evening totting up the books after the pub had closed. Hearing some strange sounds, the landlord checked downstairs to make sure all the doors were locked. Satisfied, he returned up the stairs to carry on with his work. A few minutes later he was horrified to hear heavy footsteps coming up the stairs toward him along with loud bangs. Fearing that thieves had broken in for the takings, he called the police. Due to the obvious fear and panic in the landlords voice, police arrived on the scene quickly, sealed off both ends of the village and surrounded the pub, trapping the would-be theives inside. However, on investigation the police found no trace of entry and no-one in the building but the terrified landlord who was so convinced about the sounds he had heard that the only explanation was that he had heard a ghost! This story is not featured in my documentary but is contained in my book.