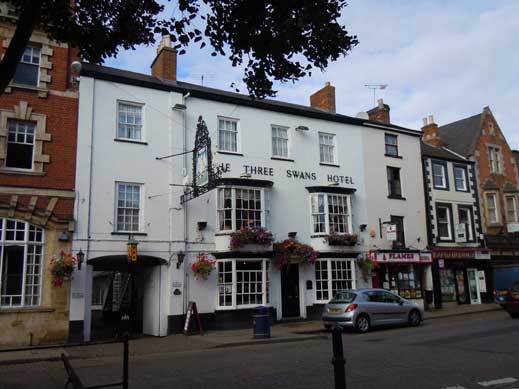 The staff of Three Swans Hotel (above) have recounted stories of items of furniture moving across a room (silently, and in the space of a few seconds), a terrified dog that would not enter a particular room, a guest who had a bath sponge handed to him whilst taking a bath alone and numerous glimpses of shadows. One guest in particular had an unerving experience one night, the details of which you can discover in the video clip below, taken from the feature length documentary, recently screened at The Phoenix Cinema, Leicester.

It has always been thought that the ghost of one of the Inns former landlords, John Fothergill was haunting the premises, maybe due to the eerie self portrait that still hangs in the hotel. Fothergill was a charismatic character who bought the Inn in 1934. He was a successful author and wrote books about his profession one of which featured the Three Swans, entitled, ‘My Three Inns’ which also became the basis of a BBC play. 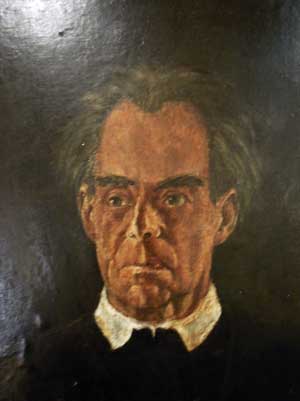 The Inns episodes of bad luck have always been associated with this painting being moved. Stories of injury to staff, fires breaking out or the cellar becoming flooded have all been attributed to times when the painting was removed for redecoration or refurbishment and this superstition has caused the owners of the hotel to name one of it’s bars as ‘Fothergill’s Bar’ (see picture below) and designated it as the painting’s permanent home, just in case! 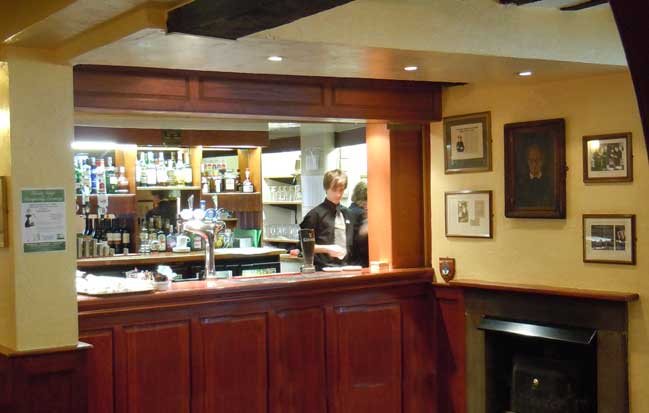 However, in an investigation carried out in 1998 (as you can see in the DVD documentary) suggested that the strange goings on in the hotel were due to the wandering spirit of a poor suicide victim, previously employed by the hotel. More information can be found in the Haunted Harborough book or film from orders@hauntedharborough.co.uk